Kathy was one of the few friends who saw my bedroom last year in transition purgatory. With a dismayed look she commented, “I would never have guessed the state of things from the photos.”

That was not by hazard. In focusing only on elements of design I wasn’t addressing overall living conditions. It was perpetual squalor. Especially on the bed that doubled as a work bench. Many nights I would roll over to feel the sharp pain of a staple gun in my back. Or sometimes the pain was from a stud finder–and not the good kind.

The pressures of the blog demanded that I keep posting results that were awesome! And a success!! Yes!!! I did it!!!! No one wants to read a bummer.

In reality I was spinning a project that evolved from the abstract, was fraught with a lack of money and skill, and plagued with numerous do-overs. I was uneasy describing it plus I couldn’t really photograph the perseverance. But persevere I did and finally I can go wide-angle. This time it is well and truly done. (Almost.)

My bedroom is a hodge-podge of things I’ve accumulated and loved through the years. They are a small portion of the larger inventory headed to the Antique Emporium. By whim these few items were given a reprieve to be used one last time.

I’ve always enjoyed the power of the unexpected in decorating, like small things in big rooms or big things in small rooms. It confuses the hell out of people: “what style is this?”

In retrospect, if I were to flatter myself with having a style, I would like to think it’s along the lines of a Joseph Cornell box. The juxtaposition of found objects that make you feel “aahhh.” He’s sui generis, however, and off-limits. There will never be another.

Then I thought of the Sir John Soane House in London. He was an eccentric collector who threw everything on the walls without much design or planning. There’s a cluttered sense to his messy presentation of high quality pieces. Sadly, my decision-making never rose to the level of choosing placement for the Hogarth or the Watteau. 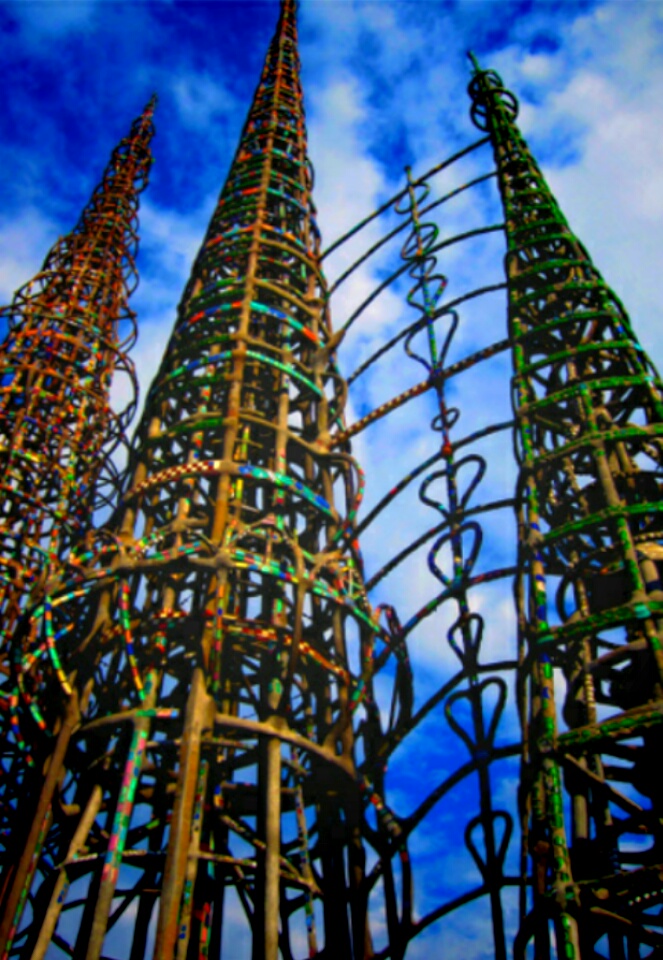 In 1974 I went with friends to South Central Los Angeles. We’d read a newspaper article about this hidden gem called Watts Towers and were determined to find it.

We stayed with my friend Bob who I knew from Bloomington. He was the Curator of Education at the Los Angeles County Museum of Art and felt it was his duty to familiarize himself with a local attraction he’d only read about. It still didn’t prevent him from continuously mumbling on the drive out, “I can’t believe you’re making me go into this neighborhood.” It had only been seven years since the Watts riots and this area of town was not exactly a day at the beach for locals.

Upon finding the towers, their incongruity did not disappoint. Strangely wonderful, they soared above their desolate surroundings evoking early concepts of space age design. Like Fritz Lang’s Metropolis or Lucy and Ethel on top of the Empire State Building posing as Martians.

Watts Towers was the creation of Simon Rodia, a first generation Italian-American. They consist of 17 inter-connected towers that were added on as needed. They were made from steel rods that were covered with wire mesh and concrete. He embellished the wet concrete with pieces of broken pottery or glass that was either found or donated. The color scheme for each day’s work depended on pieces he had on hand.

Built on his private property from 1921-1954, the City of Los Angeles tried for decades to tear them down. When they failed to bust him on permit violations they went after him over stress conditions. The towers were so well constructed the process destroyed the City’s testing equipment.

Those who question my “style” baffle me. It implies it’s been copied or that it could be replicated again. Who would want to? But if I were to associate my thinking with anyone’s it would come closest to Mr. Rodia’s. The bedroom plan created itself as it happened. And it seemed to take 30 years.

To the great schools of 20th Century design like Bauhaus, Mid-Century Modern, and Hollywood Regency we should add Watts Tower. I hope that’s what my style is perceived as anyway. And not as Hamburger Mary’s.

Tomorrow begins a four-part visit to my private bed chamber. Most guests don’t last fifteen minutes in there. Lucky you will have four days. 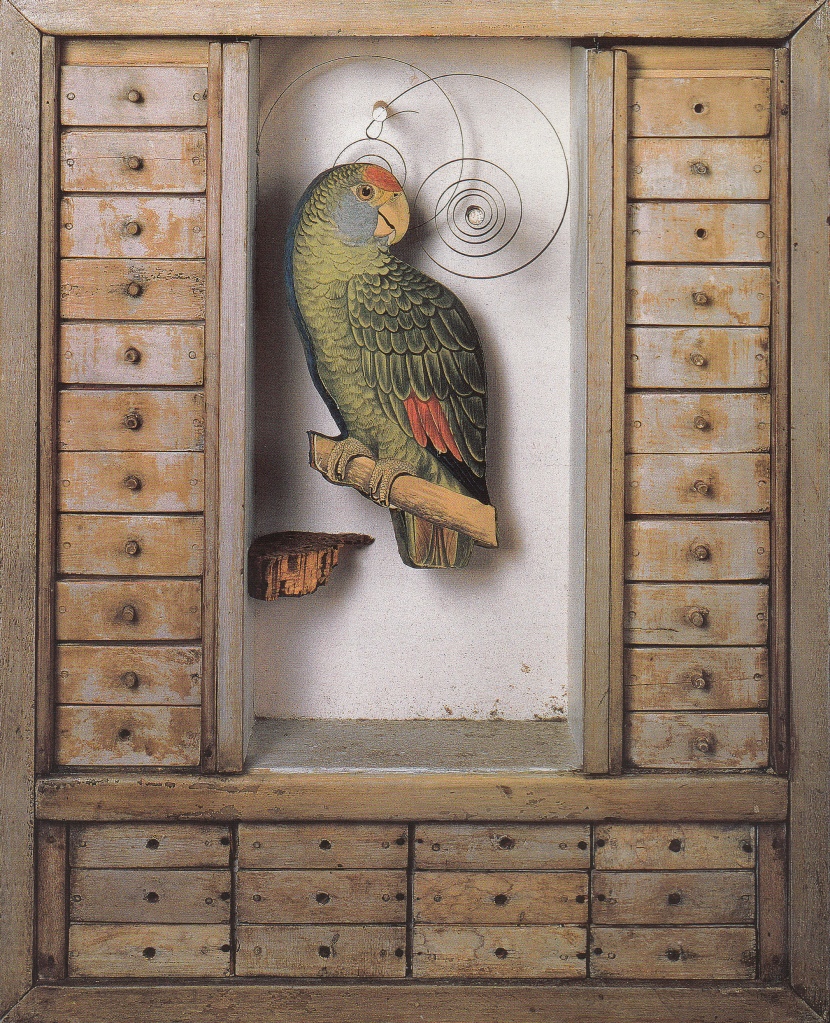 This countdown didn’t exactly end with the precision of the Kennedy Space Center as Day 2 has melted into Day 1. But I was tired. I walked over to the Art Institute in Chicago yesterday to see the Cornell boxes before heading out to O’Hare to fly back. There’s something about trying to get around in 8 degree weather that saps your strength.

My pro-rated rent check didn’t make it to the attorney in time because somewhere along the line the U.S. Post Office decided that the overnight service I paid for was really a two day priority express. I’m entitled to a refund but do I really want to put myself through all that on top of everything else?

My attorney told me to just get it to him this morning so I’m going to walk it over to the Tenderloin Housing Clinic. And put my fate in their hands. The future probably begins tomorrow.

Next: Disassembly
Previous: Eviction Countdown Day 3, The Whole World is Watching
The Complete Countdown
The complete saga, From the Beginning