She’s emblematic of what is wrong with the Democratic Party. Even if they win back Congress they have no real vision. Devoid of both courage and conviction their one unifying ethos is “I am not a liberal.” Strong, progressive voices need to wrestle the party leadership away from the phantoms of Wall Street, Schumer and Pelosi.

The most fight I’ve ever seen in Feinstein was when she initially opposed the Healthcare Plan offered by a President from her own party. Before that she consistently did a Susan Collins during the Bush Presidency, always struggling with her conscience while voting solidly for the Republican agenda. Lately in the Kavanaugh Hearings she seemed reluctant to organize any kind of opposition even though she was in a leadership position to do so. Can you imagine what Mitch McConnell would have accomplished if he had the type of ammunition she had?

Her most egregious sin, however, was when she was Chair for the first Obama Inaugural. Admittedly it was a very exciting day, but in one of the tackiest displays of decorum I’ve ever seen she and her husband, Richard Blumenthal, were bouncing around the podium during the ceremony taking pictures on their phones. Maybe I’m just on the wrong side of history here and inevitably we will see Camilla doing selfies at the State Opening of Parliament.

It is her work with Blumenthal in aggrandizing personal wealth that may be her greatest achievement as a public servant. The Feinstein-Blumenthals purportedly are one of the biggest slum-lords in San Francisco’s Tenderloin District. The Section 8 Housing and Single Room Occupancy Hotel programs that offer low-income tenants a place to live also guarantee landlords a hefty check subsidizing the difference between market rates.

And the next time you pay $7 for a pack of gum at the airport think of the FB’s. It’s rumored they own most of the leases at SFO and have gouged the merchants there for years

I’m sure the FB’s have not broken any laws and the Senator may have had no part in drafting either of these bills. But she definitely was privy to their immaculate conceptions and would have passed the tip on to her investment management husband encouraging him to get in on the ground floor. Since Republicans are the party of wealth preservation it may explain why she struggles so with her conscience at times. 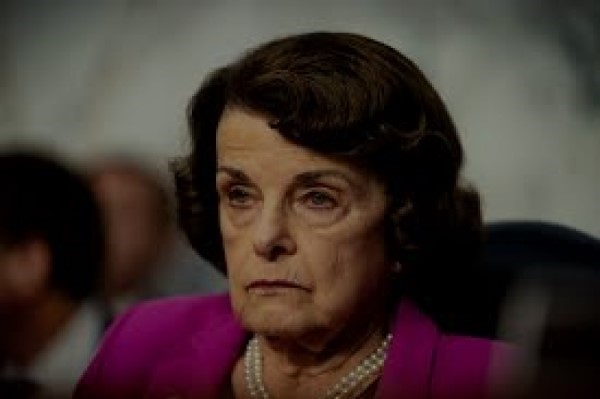 Conflicts of interest policy in Congress simply means the elected person can’t have any but their family can. A decade ago I watched the healthcare debate intently. When it was down to the last few votes, Chris Matthews spent a week covering Evan Bayh’s indecisiveness. His vote was important because he represented the middle-of-the-road working class whose support was critical for passage. After days of analyzing his Hamlet act, Matthews casually tossed out an aside that Bayh’s wife was a lobbyist and had received a couple of million dollars from the healthcare industry for her work. Oh yeah, that.

Reporters like Matthews are part of the beltway bubble that selectively tells the truth. Everything is a negotiation in DC, certain knowledge is withheld from the public as a means of maintaining access to insider contacts. In exchange for the really big scoop, reporters ignore the mundane details about the work on the Hill. Like who actually does it.

It’s baffling that there can be so many 80 and 90 year-olds at the top of their game writing such complex legislation. And when John McCain and Ted Kennedy battled life-ending illnesses, they were rarely seen for a couple of years. Yet their offices continued functioning without missing a beat.

Somebody’s in charge but it’s not the individuals we’ve elected.  Senators themselves seem to be nothing more than holograms, displayed on camera every now and then for a well-placed sound bite.

We deserve representation that is more involved in and understands modern life. After the hits Republicans took on women’s issues in October, the Hologram from Iowa, Chuck Grassley, stepped up to offer an olive branch. He thought Dr. Blasey Ford was “very attractive.”

Had he only included that she was wearing a really pretty dress the GOP might have secured the women’s vote for the next generation.

3 thoughts on “I Did Not Vote for Feinstein”