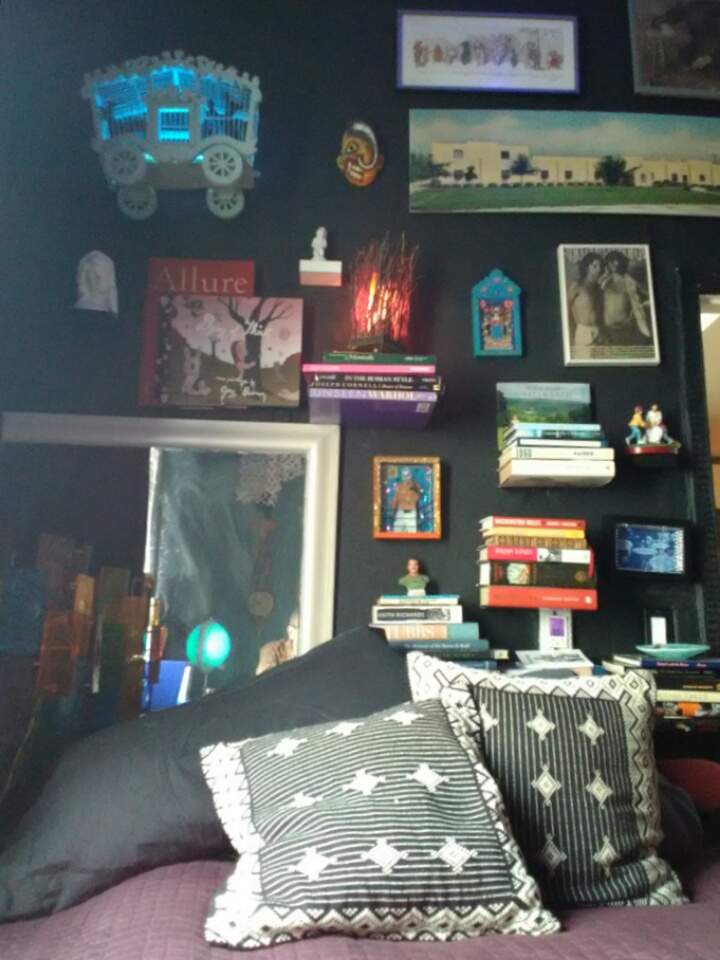 The south wall of my bedroom is where the hodge-podge flourishes. Sundry items collected throughout my life.

There were casualties in the past year’s chaos. In 1956 I saved my allowance for the dimestore at the corner of Roscoe Blvd. and White Oak Avenue in Northridge. I had my eye on and purchased a green ceramic Mama Squirrel. To her neck was tethered a gold chain that harnessed her two babies at either end.

Her issue were lost years ago and Mama S succumbed recently. She got clipped by the tail end of a step ladder and crashed on the floor. 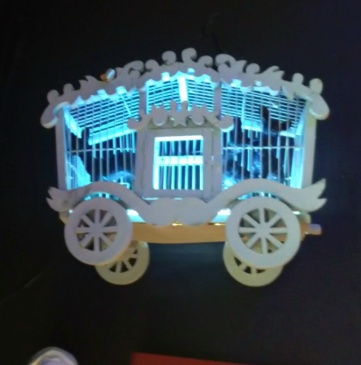 I know why the caged deer sing. They’re sick of being paraded around by backwoods carny folk and gawked at for five bucks a pop. 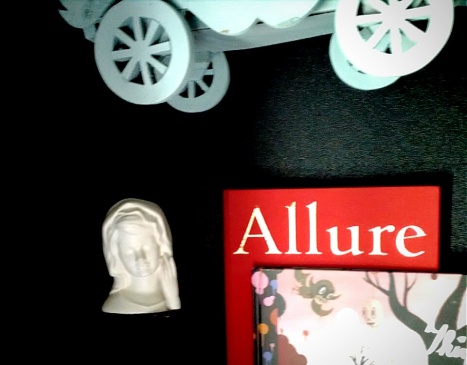 America’s sainted widow. Before she married into billions and ascended into (shopping) heaven. 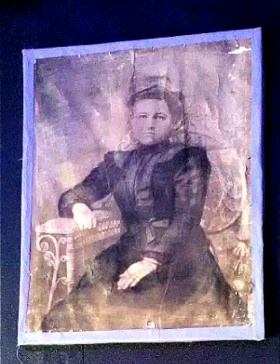 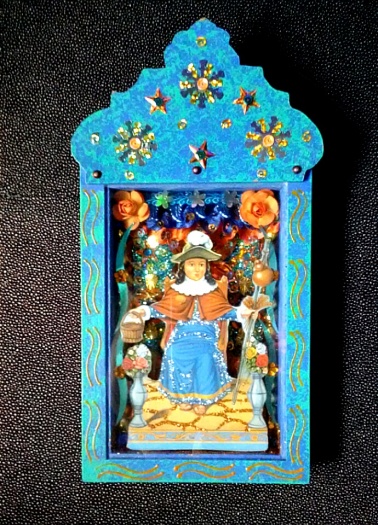 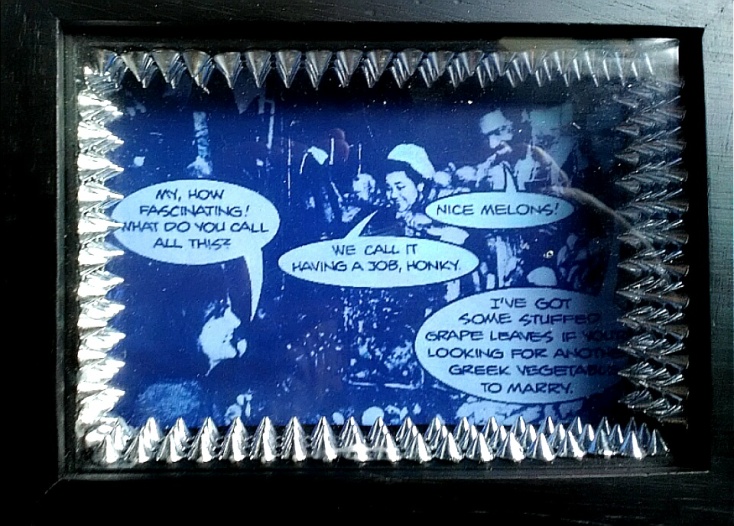 My stab at a Cornell box. Ahhh. 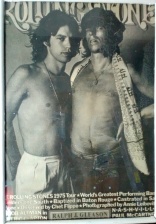 What emerging demographic were they aiming at in 1975.

The library floats, floats on. 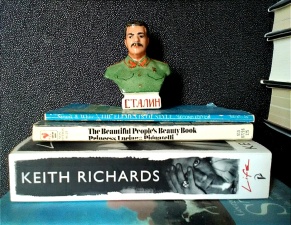 Vintage Stalin figure from the Cathedral of the Spilled Blood, St. Petersburg. No one spilled more than Uncle Joe. 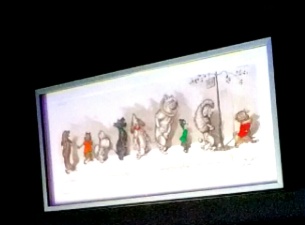 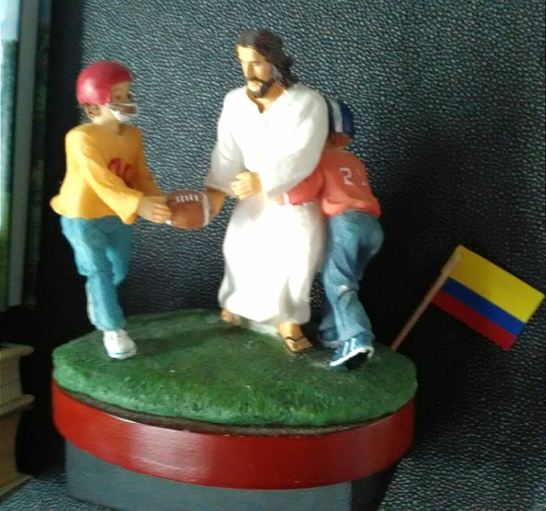 Jesus Up the Middle for the Score! Catholic propaganda to win the trust of 11 year old boys. One below-the-belt tackle at a time. 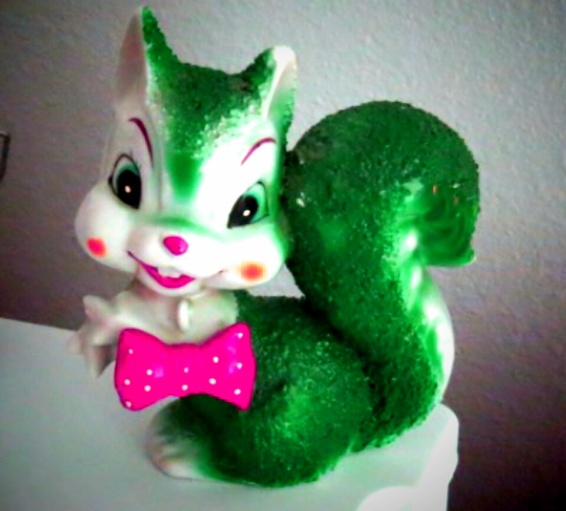