Bonhams is only taking some of the higher end items from my collection, less than 5% of the total. They have no interest in the kitschy weirdo things, which are the lifeblood of the collection to me. But there is no money in heart and soul so at the end of the day I’m still going to have to come up with a way to divest myself of all this quirkiness.

I’ ve always been fascinated by the kitsch because it was such a contradiction to how she was brought up. She was a child of privilege, attended the Sorbonne and studied with Bernard Berenson. She became a refined and intelligent woman who was told by her father in law that, in order to win the presidency,  she and her husband were going to be sold  “like a box of soap flakes.” I think of her embarrassment and disgust whenever I see her mawkish image on one of these carnival giveaway quality tchotchkes.

One of my friend Marilyn’s husbands (there have been so many I can’t remember them all) was a pilot for UPS. When he had layovers in San Francisco in the 1980’s he would stay with me. There were two things that intrigued him about my apartment: the lack of a television and the perversity of my Jackie collection.

He did contribute, however, in the form of a cigarette lighter from the 60’s. When he was in the New Zealand Air Force he and his buddies would buy these lighters thinking they were Jackie. It’s not the usual America’s Widow image we’re used to. Still I think we have to accept his word that he thought he was buying Jackie.

I’ve always given it a central spot in the display case. His intent was pure even though his thoughts might not have been.

When I went to the preview of Jackie’s auction at Sotheby’s I was surprised that she and I didn’t have more things in common. In fact, this is the only item we both owned.

The official lighter of the New Zealand Air Force in the 1960’s.

Melmac Jackie. A horrendous rendering of the First Lady. To make things worse there’s also a poem, To The Beautiful Heroine in Pink. One of the low points of Western Civilization. 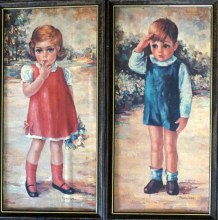 Creepy porcelain heads either for dolls or maybe puppets. 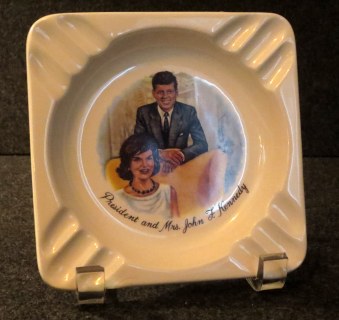 Park your butts on the Kennedys. The ashtray. 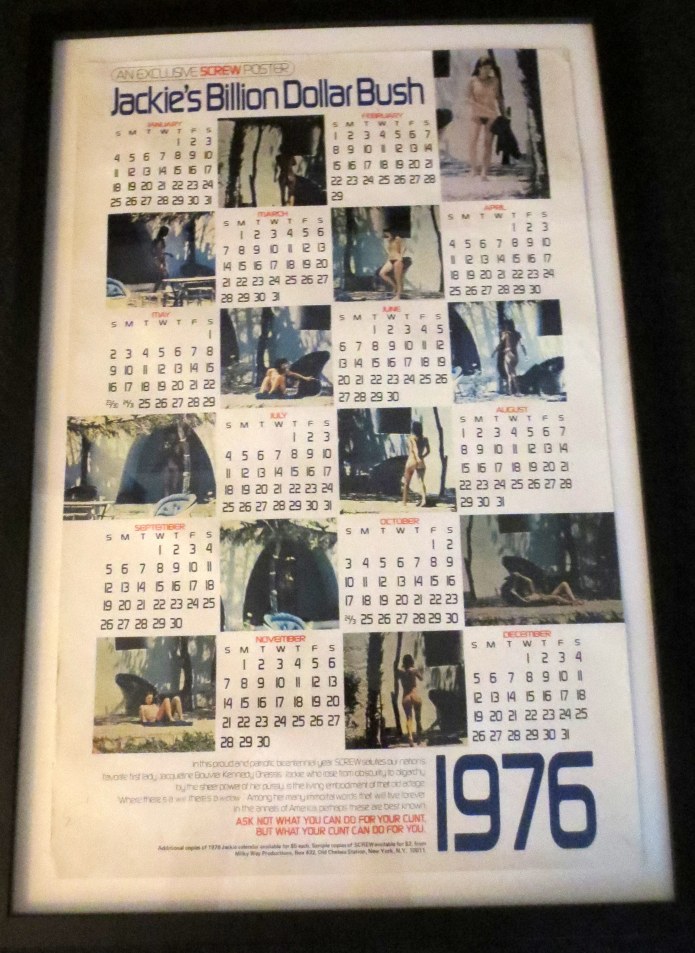 About a year before he died Onassis wanted a divorce and he was scheming to sully his wife’s reputation. He alerted the paparazzi of the times she sun bathed nude and had his security allow them close range so they could get their shots. Nothing came of it except a commemorative calendar for Screw Magazine.

We were antiquing on Cape Cod and came across this lithograph of the iconic swearing in photo. LBJ autographed it with his best wishes to the artist. My friend Dale said he was surprised he hadn’t inscribed it “on the happiest day of my life.”

Plastic molds for something, not sure what.They seem too flimsy for pottery. Jello perhaps?

No Jackie collection would be complete without a replica of the convertible.

Trivets make wonderful collectibles especially when associated with someone like Jackie who loved to cook. She would always be up first thing Sunday mornings to rustle up a skillet of sausage gravy for Jack and the kids. 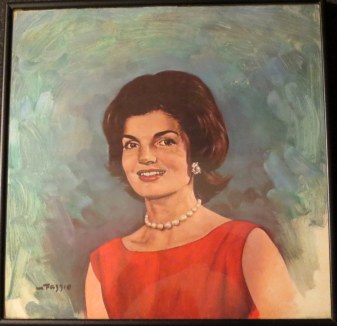 “The Speeches of Jaccqueline Kennedy at Home and Abroad.” The title of this record album is a little misleading because 40% of it is orchestral filler, 58% is a man narrating the story of her life and 2% is her speaking. When children in India hand her some drawings she responds “they’re absolutely lovely.” That’s about it. Pericles she was not. 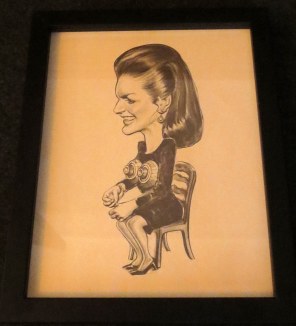 An early 70’s charicature. America’s widow had fallen off her pedestal by marrying Onassis. Most of the country saw her as a money grubbing chatelaine even though they didn’t actually know what a chatelaine was. 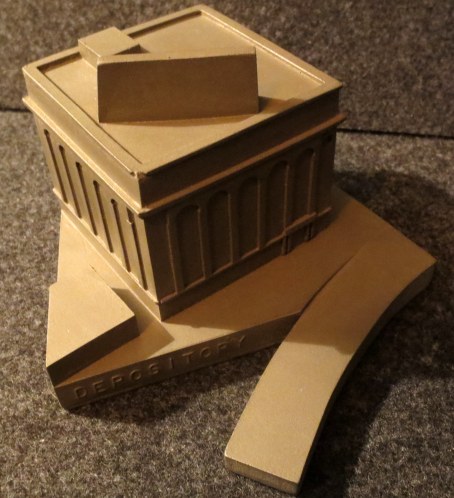 In the late 20th Century Boym Partners started creating tabletop architectural miniatures of tragic sites. The series was called “Buildings of Disaster” and included things like Chernobyl, The Oklahoma City Federal Building, Neverland Ranch and the World Trade Center. This is their version of the Texas School Book Depository. Collecting truly can be a fun hobby for the whole family. 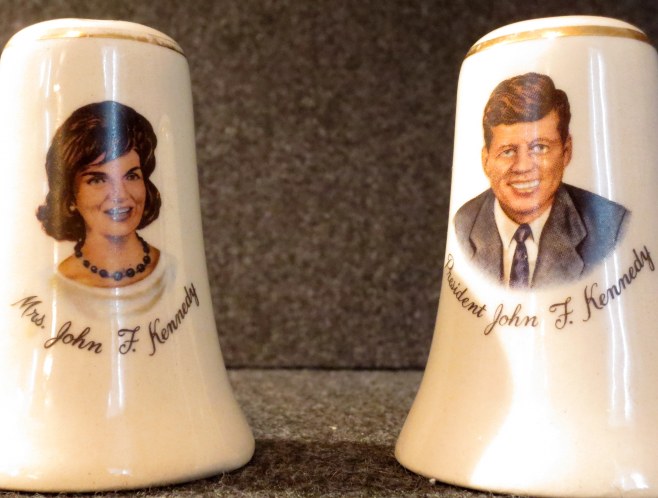 The salt and pepper shakers that started the whole collection.