The egg nog parties became an annual tradition. The first two were in Bloomington then five more after I moved to San Francisco. The last one was held in 1977 at a friend’s basement shop on Commercial Street in Chinatown. Nog was made available but also lots of champagne. So I rented about 8 dozen coupe glasses from Abbey Rents. By the end of the evening only one dozen remained.

It was the height of the punk era and destruction was the name of the game. Someone started it innocently by accidentally dropping their glass in the corner of the stairway. It was answered with a couple more throws into the corner. Soon it was a barrage, a constant din of shattering glass as every available coupe was hurled onto the pile. When no more glasses could be found, empty bottles were bounced off the walls.

I was left to clean up this heap of broken glass and repair the divots that had been taken out of the plaster. No dummy, I realized I’d lost my deposit on the glasses. But it had been entertaining so I rationalized it was cheaper than hiring a band.

Still, I didn’t have the courage to face Abbey Rents and asked David to take the survivors back on Monday. Even he, who can talk himself out of any situation, was at a loss. “What do I tell them?”

Posing with the debris, including that which was wrapped around my ankle

Fragment from an unknown year

Art deco motifs were the rage in 1974. Among other things.

The 2nd annual was 6 weeks after the pink suit triumph. So we slapped some green and red on the theme and called it Christmas. 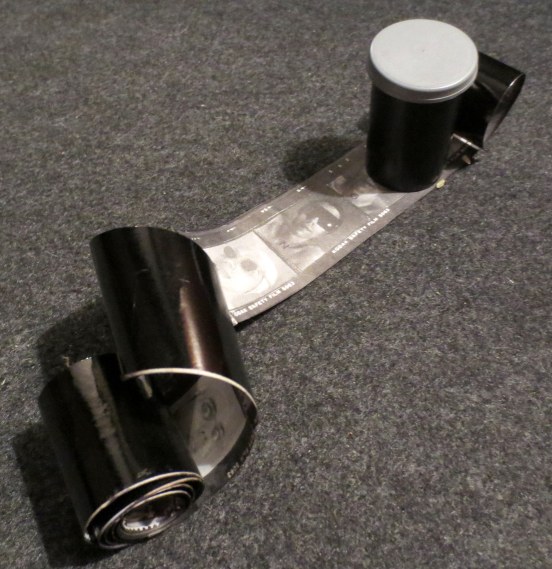 The spool of film invitation, 1976 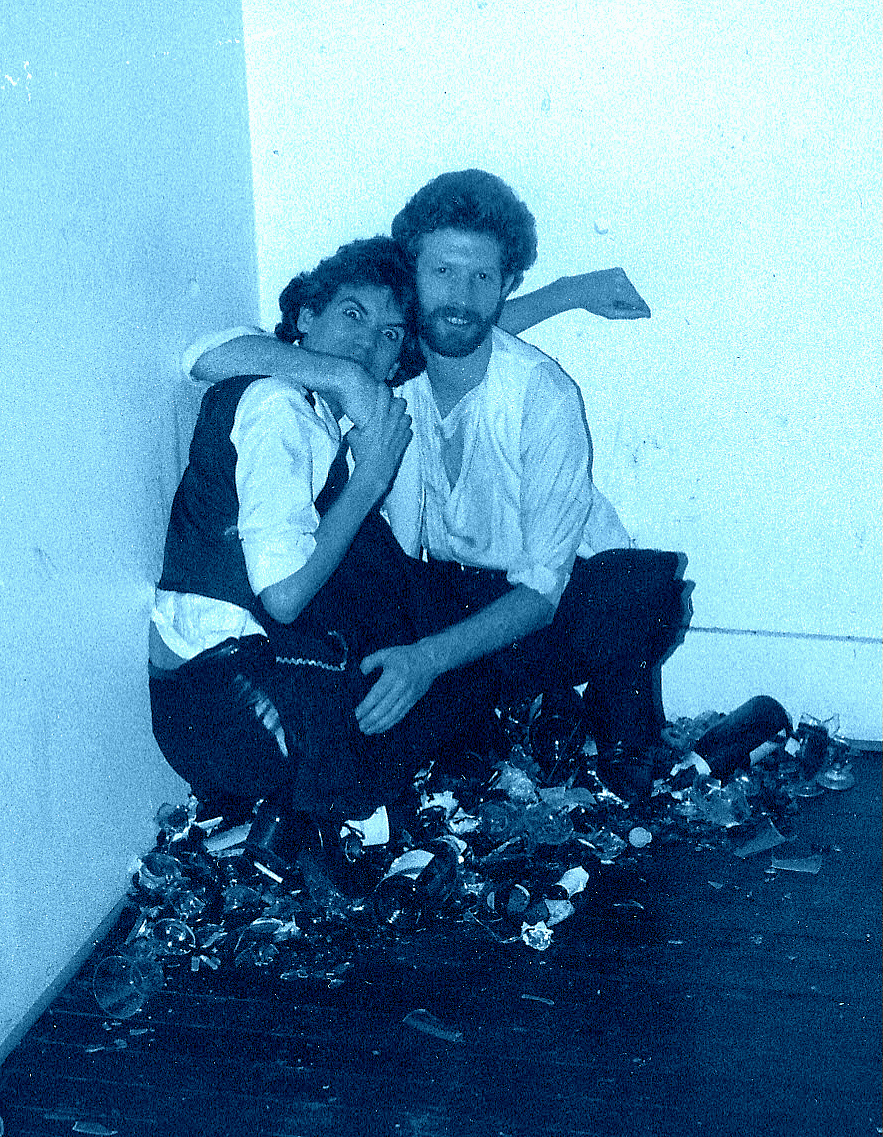 David and me on the trash heap of egg nog memories

Next: Office Parties
Previous: John’s Grill
The complete saga, From the Beginning

2 thoughts on “Life of the Egg Nog Party”